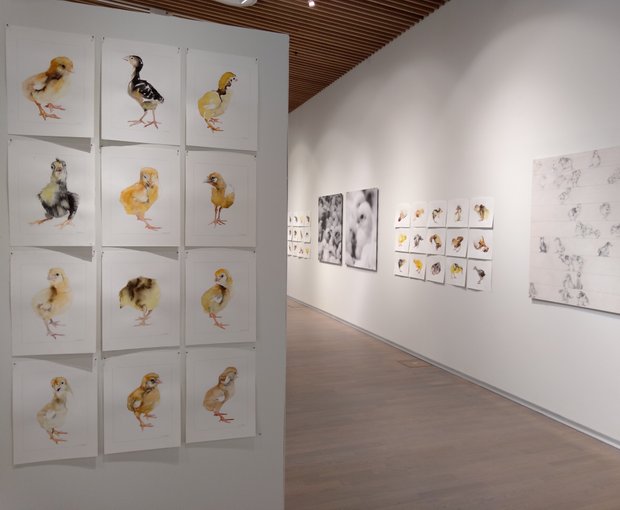 The 'Bird-eye Perspective' exhibition is about the general reluctance to identify one’s food with its living, breathing source. It makes visible what often is invisible to most viewers and exposes the seemingly humble chicken and turkey-chicks as conceptually and aesthetically complex.

For years now I live and work on an organic farm, in the middle of Hardanger in Norway. At the farm we produce organic turkey and chicken. I gained knowledge about the poultry industry in Norway as well as abroad.

The origin of the project ¨Bird-eye Perspective¨ was that I was fascinated by the bird's development, but I also wondered how little knowledge most consumers have about the origin of a chicken or turkey they buy in a shop to consume. The project has evolved from visualizing the birds to a critical "statement" that wants to help raise the awareness of spectators. It is not intended as an advertisement for organic use.

The watercolours of the birds here are realistic, but also fragile and poetic. The many watercolors together create a large group of animals. In the large black-and-white photograph, the birds and the newborn chicks are an anonymous and abstract mass. Equally as great are the abstract landscape paintings in bird's eye view. Seen from above, as if in flight, the topographic landscapes show the ridges and valleys of the mountain ranges with peaks covered in snow or hidden by clouds. The scenes shift from material flatness to geographical depth as the viewer imagines flying, bird-like, over a pristine natural landscape.

In this exhibition you will see the beautiful and the abstract, but also what can be experienced as unpleasant in what becomes too close and beautiful. We get to see what we normally don't think about it, don't see - or don't like to see; the free birds that are made invisible in the face of man. What is anonymous and is at a distant is easy to cope with. On the other hand, when the bird mass or flock is painted out, the birds cease to be an anonymous mass, becoming an expressive and beautiful individual. Then the problem arises: Those beautiful and fragile birds are a source of food. When we realize that these birds are is food, the proximity becomes difficult. When the birds are at distant, it is easy, as they move closer, it becomes much more difficult to defend the consumer choices made over long time. Furthermore, the anonymous mass versus the individual can also be understood in other contexts. How does one look at man in flight? There are many of them, with pictures from crowded boats, beaches and camps. We do not manage to take over the crowd, but when the individual stands up, we get a moral dilemma. How should we act now?

The plastic bottle project focuses on the global problem of plastic waste in ecosystems.

Ironically, plastic is used to bottle up water, water that is the very symbol of purity. Globally, only 10% of plastic bottles are recycled. If a plastic bottle ends up in nature, it takes  about 450 years to disappear in the environment. That is about 8 generations of human life. Eight generations... My grandfather was adopted by his childless uncle who was a physian working for the last rusian tsar. Excotic, don't you think? But this is only 2 generations ago. Do you know about your family 8 generations ago?

Strangely, when the play of light emerges the surfaces of the plastic, it makes the bottle an almost abstract, beautiful, and aesthetic object. But what does it communicate? How does the object confront the one who sees the art when it is painted? Does anyone start wondering where the bottle comes from? How long it has eroded? And what do we do next, individually and as a society?

The project shows watercolors and pictures of plastic bottles and abstract landscapes with islands of (micro) plastic in large format.

fishes at the bottom and bottles flowting up_3 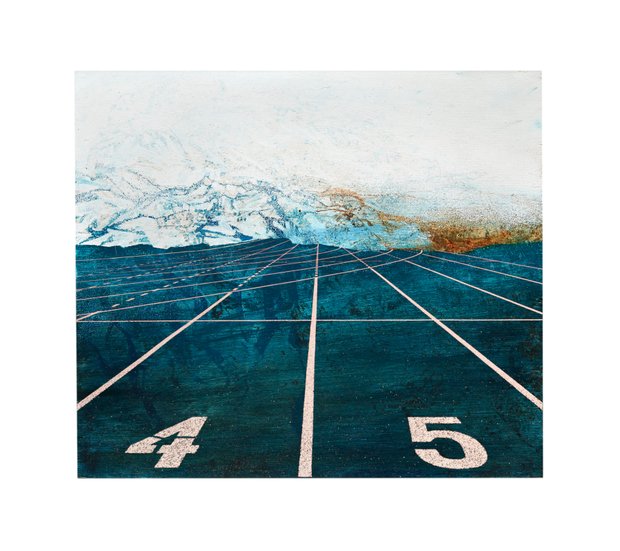 The sports and nature series is admissioned by the Vestlands Fylkeskommune to honour the athletics from the West Norway district.

In this series I wanted to include the nature of western Norway. I wanted the athlete to become one with nature; either in the landscape or observed by the little fox.

Technically it is a digital composition of original work. I have used both paintings and drawings. In 2021 the art has been given to

It is possible to order a copy of a theme, but with only 20 pieces per theme, the work is exclusive. All the works are professionally framed 60x50cm with art glass that has little reflection and protects the work from UV radiation. 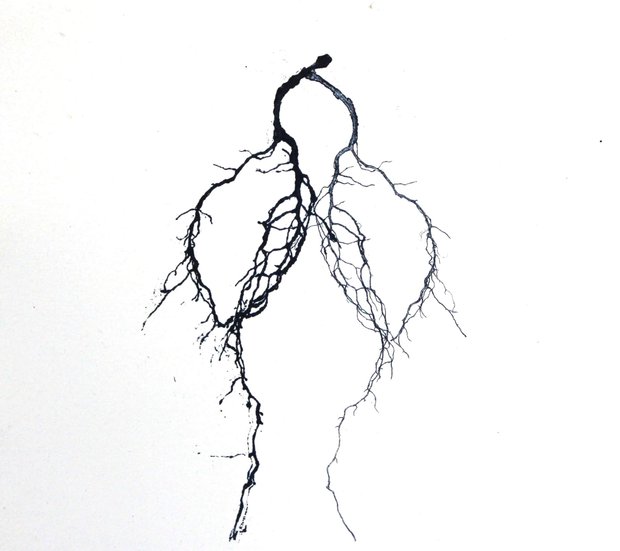 A series of graphics and paintings

In one of artist Els Geelen’s ink drawings, titled Roots, a lacy network of stems and shoots spread across the surface of the page from a weighty and carefully modeled clump of soil.  While the viewer’s initial response is to understand these works literally as natural history or compare them to scientific illustration of botany, Geelen’s work disrupts expected notions of gravity or linear growth.  Roots, which are typically hidden beneath the surface, are freed from their original, purposeful context. No longer must they reach for water and nutrients, dutifully tucked away under the soil. Rather, they take on a simultaneously substantive and ethereal presence.